Meet the People Being Left Out of Mainstream Conversations About Autism

“It was a white people’s thing… it was a guy’s thing.”

Michon Neal, 27, a genderqueer person who uses the pronoun “ze,” didn’t realize ze had Asperger’s until less than a year ago. The only people ze had seen representing the syndrome were white men. As an intersex, mixed-race person who is typically perceived as a black woman, ze was misdiagnosed with Bipolar Disorder eight years ago. Ze eventually diagnosed hirself with Asperger’s after a lot of online research and tests.

“For the longest time, I didn’t think I could have autism, even though everything else fit,” ze told NTRSCTN.

Morgan Hertz, a 27-year-old autistic trans man, had a similar experience. As a kid, when he was still presenting as female, doctors diagnosed him with ADHD, depression, and bipolar disorder despite what he described as “classic autistic traits.”

“I was just seen by adults as being ‘excitable’ or ’emotional’ or ‘dramatic’ or ‘distractible,'” he told NTRSCTN.

‘She can’t have Asperger’s’

Autism Spectrum Disorder is diagnosed about 4.5 times more frequently in men than in women. However, Dr. Eric Mitchell, director of Ruttenberg Autism Center, told NTRSCTN that this could be due to under-diagnosis of female patients.

“Due to perceived gender roles in our society, some feel that it is more socially acceptable and even expected for females to withdraw into themselves, whereas it might be more striking for males to do so, given gender expectations for them to be more externalizing, especially at younger ages,” he said.

Due to perceived gender roles in our society, some feel that it is more socially acceptable and even expected for females to withdraw into themselves.

Autistic women may also slip under the radar because their autism doesn’t present itself in the same way. “It’s very common for us to hear women share stories where folks in their lives have really challenged that they are indeed on the spectrum because of their non-stereotypical presentation of autism,” Beth Finkelstein, executive director of autistic women’s center Felicity House, told NTRSCTN in a phone interview. 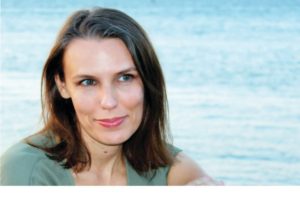 Author Toni Boucher worked in the autism field as an evaluator, program administrator, consultant, writer, and trainer for 24 years before realizing that she herself had Asperger’s, since she didn’t fit the stereotype of socially awkward male nerds obsessed with “train schedules or weather statistics.” Instead, she had a fixation with stones, which she channeled into jewelry-making, and psychology, which was socially acceptable to talk about.

“Many professionals would say ‘she can’t have Asperger’s’ because I am empathetic and know how to apply the rules of a back and forth social exchange at this point in my life. But the cost of ‘looking normal’ and fitting in has been years of intense study, imitation, and exhaustion,” she told NTRSCTN.

She explained that she read every book about psychology and cultural anthropology that she could, and even joined speech and drama to “practice what to do with my body.” Boucher described treating interactions with people and media like field work to better understand humans. While other girls focused on the clothing and jewelry in fashion magazines, she studied postures and facial expressions to adopt them in her own life.

“I became a social chameleon,” ze said. “It’s still super draining and damaging, but it’s a rather common survival strategy among those read as female.”

‘Almost all the leaders are white men’

“Black people get misdiagnosed and disciplined and killed for having undiagnosed autism in great numbers,” Neal said. “It took me longer to consider I might have it because I’d literally never heard of a black autistic person.”

Though the prevalence of autism appears consistent across race, black people and those with a lower socioeconomic status tend to be diagnosed later and less often, Mitchell confirmed. Common misdiagnoses for black children are ADHD and Oppositional Defiant Disorder, he said. Mitchell also noted that racial minorities are underrepresented in autism research. 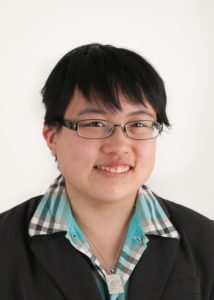 Lydia Brown is a 22-year-old Asian, genderqueer autistic person who uses the pronoun “they” and serves as chairperson of the Massachusetts Developmental Disabilities Council. They told NTRSCTN that people of color are underrepresented in autism-centered organizations: “I’m exposed to an autistic activism/advocacy movement where almost all the leaders are white.”

Brown was misdiagnosed with Reactive Attachment Disorder because a psychologist thought their behavior was related to being adopted from a Chinese orphanage. There are “a lot of overlapping ableist ideas about adopted children as damaged, emotionally or otherwise, which depends on the idea that being disabled means being damaged or defective,” they said.

The stereotype of the autistic person as a white cisgender man can lead not only to misdiagnoses and lack of support from the medical community, but also to social exclusion and hostility within and outside the autistic community.

“I don’t go to autistic social meet-ups because they’re dominated by cis-het white men who nonstop hit on me even after I explicitly state that I’m not available, in a relationship, and [queer],” Brown said.

Marie Porter, 36, told NTRSCTN that her autistic behaviors have been judged more harshly due to her gender: “A female acquaintance would get REALLY mad at me about not being ‘sentimental.'”

“Females may be seen as higher-risk, even when displaying the same level of behaviors as males, since those behaviors are that much further from gender role expectations,” Mitchell explained. 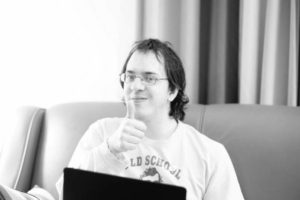 But 24-year-old autistic and agender person Nick Ford told NTRSCTN that autism can also be an advantage for people who don’t conform to stereotypes. “Asperger’s and autism in general tend to influence us to disregard [and] not sympathize as much with… social norms, and this affects how we interact with things like gender,” he said.

“I simply don’t ‘get’ gender in any concrete sense. I understand it’s an important concept and model for other folks, but it simply doesn’t mean much to me,” he explained. “It’s just another social routine/custom I feel alien with.”

The autistic community has taught us that a trait previously seen as a disorder can actually be a strength—and the identities of people within the community can be strengths as well.

“In my experience,” said Mitchell, “the commonalities shared among those in the autism community often outweigh many other differences we may have, especially when it comes to seeking out supports for those identifying on the spectrum.” 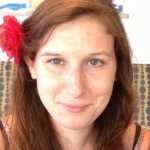