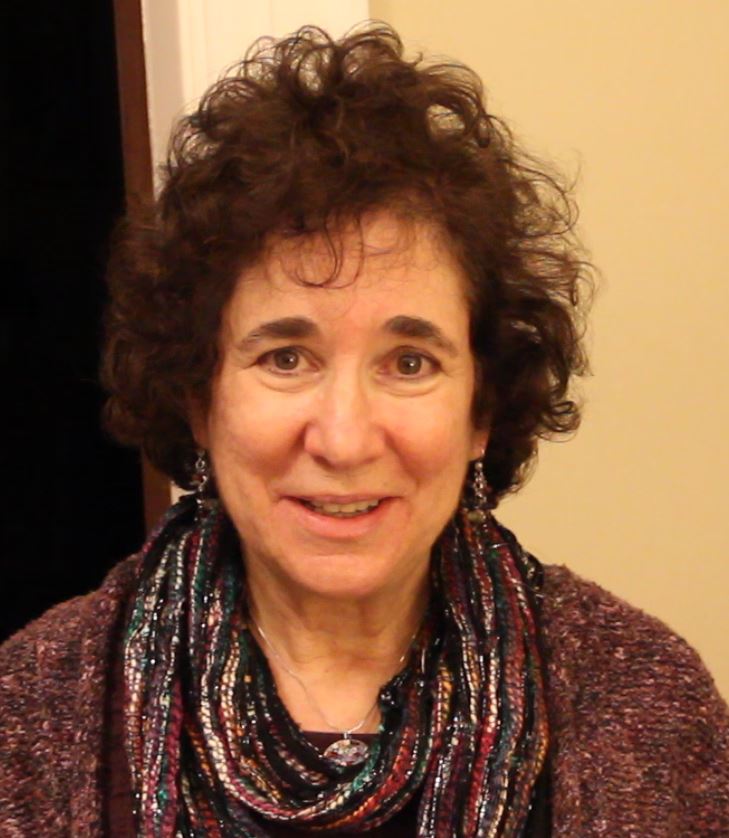 Beyond conducting workshops & professional trainings for AANE and her time on the executive & clinical advisory committees, psychologist Dr. Carol Singer draws on years of extensive experience working with the autism community. As AANE marks its 25th anniversary, Dr. Singer recently had a conversation with Executive Director Dania Jekel to reflect on what she has learned as a professional therapist and what advice she would pass on to adults, families, and professionals.

Dania: First I just want to say, Carol, it’s been 25 years and it’s absolutely been a pleasure to work with you. We really appreciate all your advice and help over the years. So you’ve worked with people on the spectrum and people with disabilities for a very, very long time — pretty much your whole career. Has your perspective or ideas about people on the spectrum changed at all or altered or transformed over the years?

Dr. Singer: First I have an example of a way that the perspective of others has changed over the years. I remember trying to convince people working with autistic children to use the child’s special interests as a kind of motivator. There was a lot of pressure to try to distract children from their special interests and get them to focus on what others wanted them to do. From the beginning, I felt like the way to get through was by using  their special interest. And that was not what people were doing early on, especially in schools. That has changed over time.  For example, interest-based social groups have replaced groups that were only geared toward teaching social skills.

My perspective has evolved to a more strength-based approach rather than trying to “fix” people on the spectrum. Certainly, the people that I’ve worked with have so many wonderful, incredible qualities that should be fostered, nurtured, and appreciated.

More and more over time, it’s not just to focus on challenging issues, like helping them deal with anxiety, but also helping them to accept and feel comfortable with their identity as an autistic person. I’ve come to appreciate the importance of encouraging people to identify as being autistic and not try to undo it. Embrace it and deal with the stuff that’s hard about it, but also enjoy and develop their strengths and talents. So, that’s certainly changed over time.

I have increasingly recognized the importance of motivation. A family might want things for their family member that the family member doesn’t necessarily want. So it’s important to see if, in a collaborative way, the client and I can figure out what would really motivate them to move forward.  I think I’ve also become more collaborative in my approach to doing therapy.

Dania: For professionals, can you describe a little bit the therapeutic relationship you have with some of your folks on the spectrum, and then second, how you’ve modified your approach to fit the needs of somebody on the spectrum?

Dr. Singer: Sure. I ultimately decided to get more intensive training in cognitive behavior therapy because it appeared to be an approach that played to the strengths of autistic children, teens, and adults. For example, many autistic people can be logical and CBT utilizes logical thinking.

The therapeutic relationship is critical when doing CBT because the client will be asked to do some things that they may find difficult, so it is essential to build trust from the very beginning.  I usually begin the getting-to-know-each-other-phase of therapy over the first few sessions with extensive talk about the person’s interests and their pleasurable or calming activities.

CBT is very structured. There’s actually an agenda that the therapist and client set at the beginning of each session that we usually write on a whiteboard.  Setting an agenda can be reassuring to people.  Knowing what to expect can often decrease anxiety. The agenda can help to keep the therapy session more organized and focused.  As I mentioned, CBT is collaborative, so they’re setting the agenda with me. It’s not all coming from me and it’s not all coming from them. Inherent in the therapy is practicing collaboration skills.

In addition to the whiteboard there is considerable use of visuals–even with adults. We use something called “thought records,” which are ways of becoming aware of one’s thoughts and beliefs and how they cause different feelings and actions.  The thought record then has the client learn to look for evidence that supports and disproves the thoughts/beliefs thereby learning to evaluate whether the thoughts are accurate and whether they are helpful. This is followed by coming  up with new thoughts, based on the evidence, that you might recommend to somebody else in the same situation. Other visuals used are feelings lists that are categorized along with feelings thermometers that measure the intensity of the feeling.  There are also lists of “thinking traps” or “cognitive distortions.” Examples of “thinking traps” are:  black and white thinking, taking things personally, or only noticing the negative and screening out the positive. There are over 20 of these “thinking traps” that clients learn to look out for.

Also, as I said before, with autistic clients it ‘s important to spend considerable time on motivation, looking at what might be motivating, and what would not be motivating.

The other part of therapy that’s important is what’s called psycho-education, which is informing the person about what you’re doing. How does CBT work? How does anxiety work? How does the brain work? It is important that the client understands CBT and that this is not a mysterious or a manipulative therapy.  Being explicit about what therapy is and the therapist’s intentions can be helpful to autistic people because they don’t always know what a person’s motives might be.

Dania: I’m looking for some wisdom now from you. You’ve worked with folks now for 30 plus years, so are there things that you would suggest to either parents or to adults, to other professionals–things that you have learned that you think would help them understand folks on the spectrum or how to work with them?

Dr. Singer: Well, in terms of parents: I just went to a big autism conference a few weeks ago where Temple Grandin was the keynote speaker. It was a great conference and her big thing is: Get your kids out working as soon as you can. But I think that the gist of that is that parents can sometimes be afraid of their children being out in the world and not succeeding and the hurt that can cause. Parents love their kids and want to protect them. And I think that when kids are really, really young, maybe up until elementary school age, that’s important. But it’s also important to expose their kids to as much as possible and to remember to delight in how their child is unique, quirky, and interesting. I think that it’s easy to get stuck as a parent in the old relationship you had when the child was young. At some point along the way it may be helpful to get some feedback from others, about how much to encourage your child to take on new challenges.

In terms of other professionals: You might not think to use visual tools with adults, but I think that can be very helpful and organizing for people that have difficulty being organized. I think that being collaborative is really important. Building trust is important as in any therapy, because you may be asking your client  to do something really, really hard. Explain and be explicit about what you’re doing. Also, be collaborative because it’s a skill that can benefit autistic people and help them learn how to work with others. I often talk about driving the car. I tell people, “You’re driving the car because you’re the expert and know yourself best. I’ll be with you in the passenger seat, and we’ll work on it together.” Also remember to spend as long as you need working on motivation.

Something that I forgot to discuss is the importance of validating. This is true for both family members as well as therapists. Our inclination so often is to say, “It’ll be okay” rather than staying with the difficult feeling.  Staying with the feeling is extremely important. So many autistic adults tell me that they often feel like they’re not being validated, that other people don’t understand them, and that others don’t really get how hard it is.

Dania: Great point. So tell me, what is the most surprising thing you’ve learned in the last 25 years?

Dr. Singer: The most surprising thing… Well, I guess how much people can learn, grow, and change while still holding on to their unique qualities. It’s one of the reasons I love what I do. CBT is designed to be a short-term therapy, but short term therapy often doesn’t work with people on the spectrum because it’s a life-long issue. So I see them at their different stages, and I get to live through these stages with them. I have many clients  that I have seen from childhood to adulthood.

And I guess early on, I probably underestimated how much empathy people on the spectrum have and how incredibly tuned in and sensitive they can be.  Sometimes autistic people have more empathy than one would want to have, because it makes them feel uncomfortable for other people and for other people’s emotions. That’s been a learning experience for me.

Dania: Great. Is there anything else you want to add that I haven’t asked about?

Dr. Singer: Well, the last thing I want to add is that I am so grateful to AANE for the community it has provided for me and other professionals. I have benefited from these needed resources over the years as well as learned so much from opportunities for professional growth. I had a place where I could refer people or other important services. As a person in private practice, having AANE meant that I wasn’t alone in this important work. So I’m really, really grateful to have had AANE out there. When people call me, I have a place to refer them to. Now it’s become national. So I’ve actually recently had an experience in which somebody from a different state had a need and I could refer them to one of the services that AANE provides. Being part of the AANE community has  been very empowering and I thank you, Dania, for being there and for all the things that you’ve done.

Dania: Thank you for saying that. I think it’s really nice to have partners. We feel the same way. When we have a therapist or another professional who we really trust, it’s very comforting to be able to send somebody and say, “Go see Carol Singer. She’ll take really good care of you.” It’s really nice also to have professionals on our referral list, who we trust a hundred percent. So thank you for being there.