A Journey Toward Self-Advocacy: Perspectives from an Adult Son & His Mom 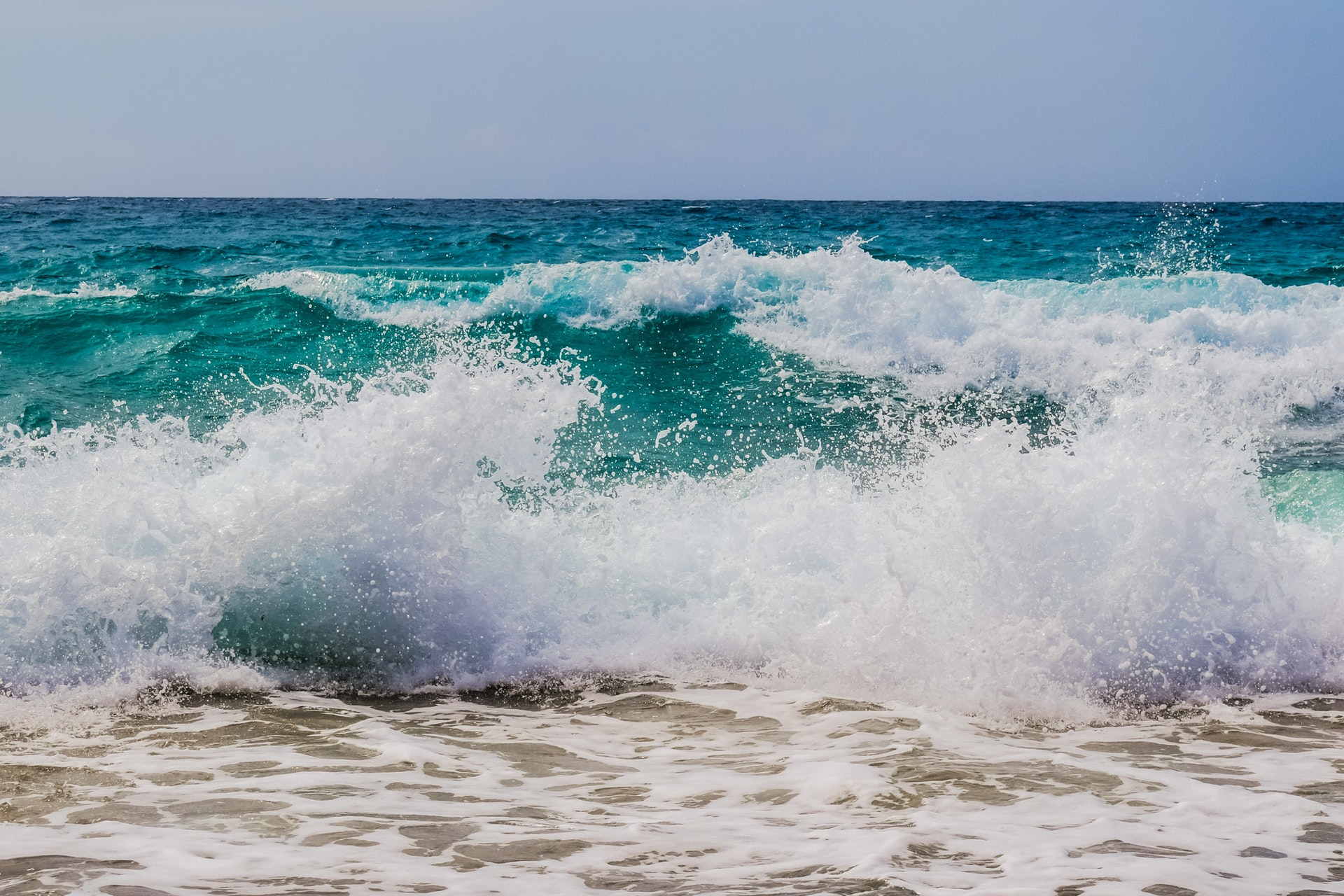 Joe, who is now 30 years old, started receiving special education services in preschool, was largely mainstreamed in K-12, and graduated high school in 2009. He attended a community college and obtained an Associates Degree in Engineering, and is currently working towards completing a BS in Engineering. Joe works part time in retail, attends engineering classes, and lives at home with his parents in a separate apartment.

Michele now works at AANE after spending 35 years in high tech. She, her husband, and Joe live north of Boston. Joe is their only child. As an undergraduate, Michele studied psycho and sociolinguistics, and when Joe was a toddler, she suspected that his language acquisition was atypical. Nevertheless, it took a number of years and multiple specialists before he received a diagnosis of PDD-NOS at age 4.

Joe
I always knew I was receiving special education services in school, but I didn’t really understand why. I knew I had something called PDD-NOS, which was sometimes also called Asperger’s, but I didn’t notice that it affected me until high school. Up until then, I didn’t feel like I was different from anybody else.

I realized that sometimes when I had to solve problems my mind would freeze just like a computer crashing. Other times it was impossible to focus on anything because my mind was wandering. Even individual conversations were really difficult. Conversations with multiple people were torture. I would have to really work at focusing, and it was exhausting.

When I was younger, panicking made me procrastinate. Fear of doing something and failing still can overwhelm me. Now that I’m older, I still procrastinate, but at least I know I’m doing it, and eventually I do force myself to at least try to get stuff done. So if I’m in the middle of a project or task and I start to panic, I calm myself down by daydreaming about calming things, while still trying to do the project. In other words, I’m fighting a constant war with myself, and I’ve realized that I have to advocate with myself, before I can advocate for myself.

Michele
When Joe was in preschool and elementary school, I was his advocate. This meant I made sure I ended up being the chairperson for our local SEPAC and that I knew everybody on the education committee in the state legislature. In the beginning, I was advocating for my kid to have a good chance of being able to “pass as neurotpyical” even though we didn’t use that term back then. Eventually I realized that pretending to be neurotypical was not something I wanted my kid to do. I wanted him to be happy and to feel fulfilled, and masquerading 24/7 as something he wasn’t wouldn’t make him happy. It made him exhausted and destroyed his self-esteem.

Joe
Having Asperger’s isn’t all bad. Because of Aspergers, I have a really vivid imagination. Asperger’s makes me more creative, particularly when it comes to designing things. I don’t think inside the box at all, so when I’m working on an engineering design, I’m always thinking “what if?” This means I don’t always take the proven path to success, and I make a lot more work for myself, but sometimes I think I come up with really innovative solutions.

Michele
I’ve learned to appreciate the way Joe views the world. He really has made me see the trees, despite the forest. He makes me notice and treasure details in nature and in art. I find a nobility in his black and white approach to moral dilemmas. He doesn’t really get into ethical debates. I’ve also learned that Joe is much more resilient than I had anticipated. Like many people on the spectrum, he often experiences anxiety and depression. Previously, I spent a great deal of time and effort making sure he succeeded, because I didn’t want him to feel more stressed or more down. In the past few years, he has had some real setbacks and retreated for a time, but then pulled himself together and tried again. I’ve learned that as long as he knows we (and others in his support network) believe in him and have his back, he is willing to keep going. It’s important that he trusts us.

Joe
Asperger’s doesn’t define me, but it certainly is part of me. I’m now starting to think about what Asperger’s might mean for my future. I wasn’t ready to do that earlier. I guess you could say that I’m in the awareness phase of “self-advocacy.”

Joe
I have really struggled with some of my engineering classes, and ultimately, I may not make it through this engineering program. In the past, I would have been completely paralyzed by the possibility of failure. I’m not thrilled by the possibility, but I’ve figured out that I need to simplify my academic schedule rather than trying to achieve some heroic, impossible academic feat. Part of advocating with myself, means that I have to get myself to accept that “good enough” is okay and that I don’t have to be perfect.

Although my mom is my biggest supporter, she is also a big “PITA” (Pain In The A__), and sometimes she is my main adversary. But because I trust her, I know I can co-advocate with her. My mom recently went off on a tirade about what I needed to do to successfully take 3 classes next semester. This, of course, put me into stressed out mode, so I could barely follow what she was saying. But I did manage to say emphatically “I’M NOT TAKING 3 CLASSES. I’M ONLY GOING TO TAKE THE TWO I HAVE TO RETAKE. THAT’S ALL I’M GOING TO FOCUS ON.” She shut up like a clam. It was a beautiful thing.

Michele
When Joe was around 14 I realized two things:

–Most importantly, I had to stop being the primary advocate, and he needed to start to co-advocate for himself.

This isn’t always easy. First, because Joe didn’t feel that he was any different from anybody else, he didn’t initially see the need to self-advocate at all. It’s only in the past few years that he’s realized that he can’t make Asperger’s go away by working harder. He’s more receptive to self-advocacy, because I think he’s figured out that he has to ask for help or come up with different tactics to overcome challenges. Second, I was very used to being his advocate and I still don’t always back off or stay in the background when I should. Up until recently, this would make him angry, because I think he felt disrespected. Now, when I overstep my boundaries, he is much better at telling me off, and most of the time he is quite respectful about it and his reasons are pretty compelling. So I have to remind myself that he has to take the lead, and I’ll follow. He has to advocate for his goals, not my goals for him.

Learning Self-Advocacy in the Outside World

Joe
I’m getting better at advocating for myself with others. Like many people, I was furloughed during the Covid-19 pandemic, and when I returned, my employer informed me that he was closing the store and all the jobs were going to move 20 miles away from my house. My commute to work was already terrible, so I asked for and was assured a transfer to a store near my house. After my manager said he was going to file the transfer paperwork, but didn’t, I had to make a series of phone calls and two visits to the new store. I was finally told to come in for my first shift. I’ve been there for about 3 months and things are going fine. I’m glad I didn’t wait for my former manager to file the transfer paperwork. I’d still be waiting. That really bothers me, because I really believed he would follow through. I do tend to take people at their word.

Michele
When Joe was 13 and I asked him to start attending his IEP meetings with me, I thought we would have this lovely advocacy partnership, and after 4-5 years he would take over the advocacy role. It’s 17 years later, and he is just now beginning to understand that he does need to make this handoff work eventually. I’ve realized I have to adjust my timeline.

Joe
I find it difficult to stand up for myself sometimes. I know I need to and I want to, but I don’t know what to say “in the moment,” because I can’t figure out or remember all the points I need to make or the details I need to negotiate for. In order to be independent, I need to get better at self-advocating, and working with my mom or LifeMAP coach helps with that. They can help me to plan out and script my arguments, although I know if somebody brings up something I didn’t expect, I’m screwed. I used to think I had to do everything on my own, because I wasn’t noticing that other people were also asking for help.

Michele
Being a good self advocate doesn’t mean that Joe always has to self-advocate alone. Part of the self-advocacy journey we’re on is to get Joe comfortable with understanding when he needs help and where he can get that help if I’m not around. I’m probably going to have to co-advocate with him for quite some time and that’s okay.